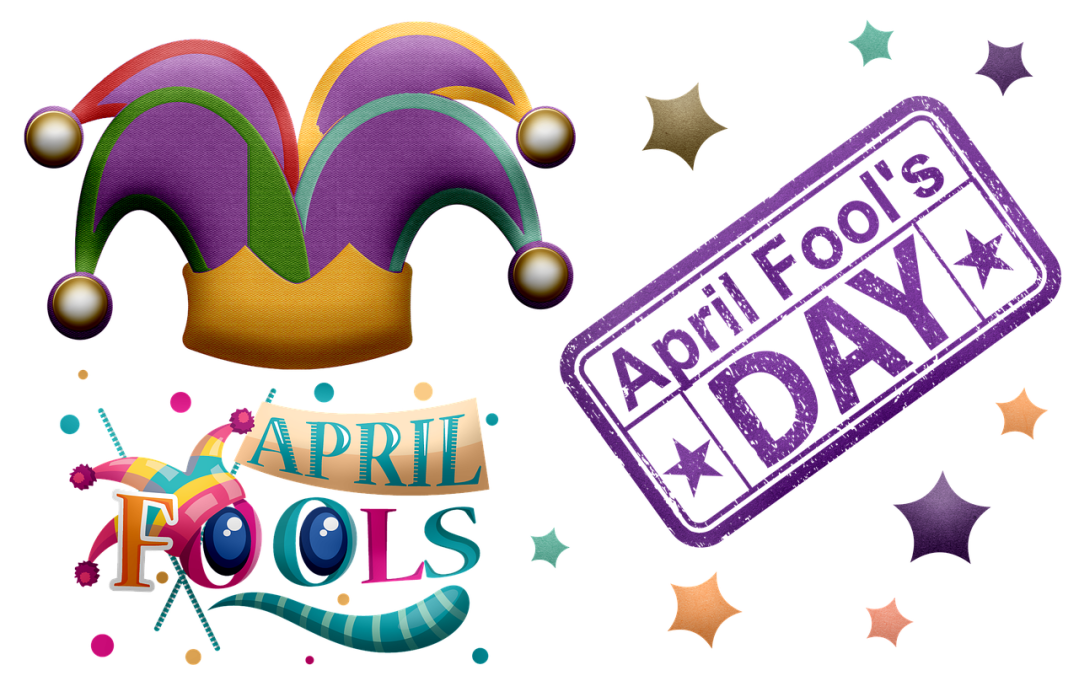 April Fools’ Day and Some Things You Might Not Know

I always thought this day was so much fun growing up. You could play a joke on someone and usually you wont get into trouble for the stunts you do pull. Granted, some people out there in the world take this day to a whole new level and go a bit extreme when it comes to the joking. All in the name of a prank I guess. But I always wondered why we have a day just for pranking others? So staying true to my inquisitive nature and research mind, I went searching.

I turned up a bunch of facts that I never knew about this single day in our calendar. And I wanted to share my knowledge and finds with everyone else! Because who knows, you might need to know what year April Fools’ Day became an annually celebrated day in a trivia game at some point in your life. (Its the year 1700 by the way. But I’ll tell you even more if you keep reading!)

Originally, this holiday was actually two days long. On the first day, which is April 1st, it was called (and still in in Scotland) Gowkie Day. – Side Note: A gowk is also known as a cuckoo which is also a symbol of a fool – Typically you would be sent on fake errands of some of the more harmless jokes would be played on this day. Kind of like a warm up round for all the pranksters out there. The second day (April 2nd) is called Tailie Day. This is the day everyone makes up signs that read “kick me” that you stick to the back of their victims or attach fake tail to the backsides of people without being caught. So a lot of joke that would pertain with peoples backsides. Thus “tail”ie day. Can you imagine two whole days of pranks instead of just one? I have a hard enough time trying to think of a little prank to pull now-a-days but to think of one for each day!

But even before there were two days, this was actually a day that people have been unofficially celebrating for centuries. From what I have been able to find, the first signs of a joke or pranking day date back to when they were swapping the calendars from the Julian calendar to the Gregorian calendar in 1582. When the swap happened the old January 1st date was positioned around the time of our current end of March to early April. However, getting news out to people in 1582 wasn’t the fastest. So those who were up to date with the gossip new and adjusted accordingly, but those out in the more rural areas didn’t find out until many months or years went by. They were celebrating the new year during the same time when everyone else was simply going on with their spring. These people became the butt of many jokes to those closer to big cities because they were so out of touch with what was happening in the world.

There is another holiday that is celebrated around this time that some say gave influence towards our April Fools’ Day. This celebration is called Holi or also known as “Festival of Love” or “Festival of Colors”. It is a festival of forgiving and forgetting any resentments and all bad feelings or ill-will you might have towards anyone. It is such a colorful holiday and looks like a lot of fun and great times! So our cool tempers towards the pranks people pull on All Fools Day could easily come from this celebration that is dedicated to forgiving and forgetting what people do towards you. Just brush it off and keep on moving forward! To bad our holiday isn’t full of as much color! Unless you find a way to incorporate into your prank that is.