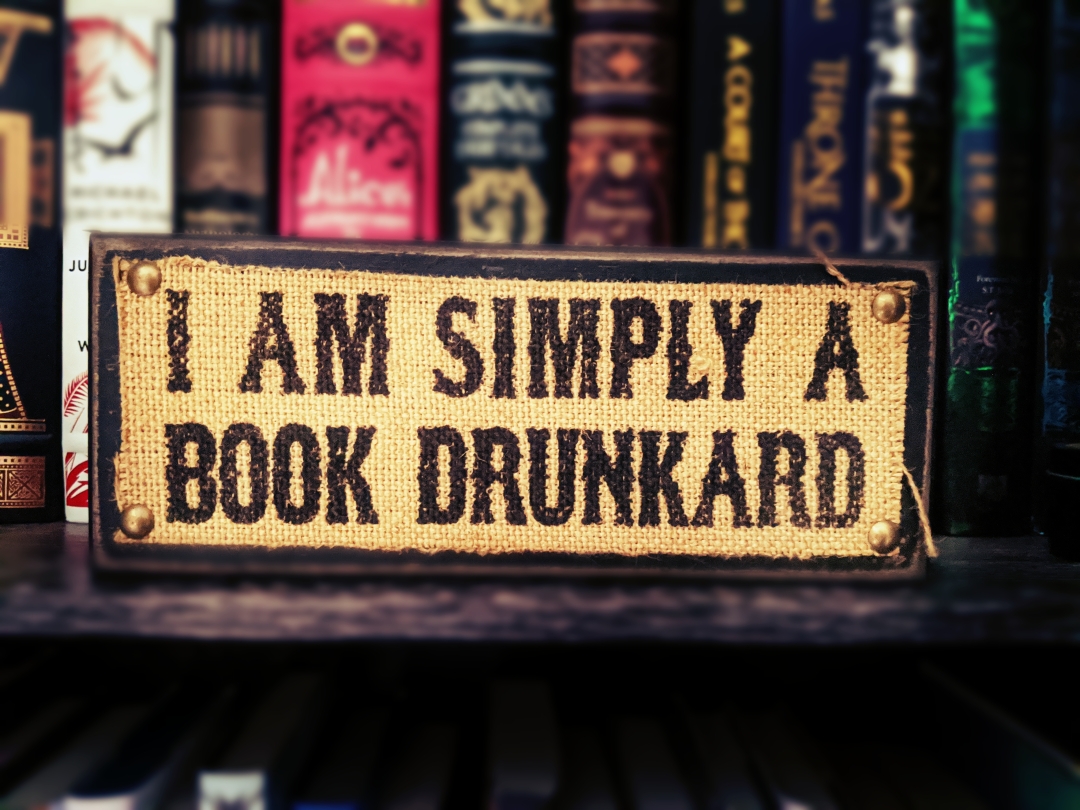 I have a goal for this month: Read some of my oldest TBR books! A readers version of Spring Cleaning! I hope to be able to knock out a few at the very least for the month of April. This list has 2 of those book that have been on my list for awhile now (Sanderson and Farland’s books). I am super excited to be finally picking them up! But at the same time, I have been in a SUPER Sanderson mood. So I have a feeling there are going to be far more of his books showing up on my reading lists. He has written so many books! It seems like each time I am catching up on one series there is another one just as long and just as large.

No – Stay focused on reading the ones you’ve got and not getting more new books! Ha! This is the true challenge of cleaning up those TBR lists everyone. You clean up one spot and naturally you need to get another one to fill the line. Fellow bibliophiles and reading addicts can probably relate 😁 . Anyone else want to take on the challenge of spring cleaning their TBR piles too? I’ll happily do a reading challenge with you.

Alright you guys! Hope you have another wonderful month out there!

Elantris was the capital of Arelon: gigantic, beautiful, literally radiant, filled with benevolent beings who used their powerful magical abilities for the benefit of all. Yet each of these demigods was once an ordinary person until touched by the mysterious transforming power of the Shaod. Ten years ago, without warning, the magic failed. Elantrians became wizened, leper-like, powerless creatures, and Elantris itself dark, filthy, and crumbling.

Arelon’s new capital, Kae, crouches in the shadow of Elantris. Princess Sarene of Teod arrives for a marriage of state with Crown Prince Raoden, hoping—based on their correspondence—to also find love. She finds instead that Raoden has died and she is considered his widow. Both Teod and Arelon are under threat as the last remaining holdouts against the imperial ambitions of the ruthless religious fanatics of Fjordell. So Sarene decides to use her new status to counter the machinations of Hrathen, a Fjordell high priest who has come to Kae to convert Arelon and claim it for his emperor and his god.

But neither Sarene nor Hrathen suspect the truth about Prince Raoden. Stricken by the same curse that ruined Elantris, Raoden was secretly exiled by his father to the dark city. His struggle to help the wretches trapped there begins a series of events that will bring hope to Arelon, and perhaps reveal the secret of Elantris itself.

A journalist in nineteenth-century New York matches wits with a serial killer in a gripping thriller by the prizewinning author of the Ian Hamilton Mysteries.

New York, 1880. Elizabeth van den Broek is the only female reporter at the Herald, the city’s most popular newspaper. Then she and her bohemian friend Carlotta Ackerman find a woman’s body wrapped like a mummy in a freshly dug hole in Central Park—the intended site of an obelisk called Cleopatra’s Needle. The macabre discovery takes Elizabeth away from the society pages to follow an investigation into New York City’s darkest shadows.

When more bodies turn up, each tied to Egyptian lore, Elizabeth is onto a headline-making scoop more sinister than she could have imagined. Her reporting has readers spellbound, and each new clue implicates New York’s richest and most powerful citizens. And a serial killer is watching every headline.

Now a madman with an indecipherable motive is coming after Elizabeth and everyone she loves. She wants a good story? She may have to die to get it.

Brotherhood of the Wolf By David Farland

Book 2 in the Runelord series

Raj Ahtan, ruler of Indhopal, has used enough forcibles to transform himself into the ultimate warrior: The Sum of All Men. Ahtan seeks to bring all of humanity under his rule-destroying anything and anyone that stood in his path, including many friends and allies of young Prince Gaborn Val Orden. But Gaborn has fulfilled a two-thousand-year-old prophecy, becoming the Earth King-a mythic figure who can unleash the forces of the Earth itself.

And now the struggle continues. Gaborn has managed to drive off Raj Ahtan, but Ahtan is far from defeated. Striking at far-flung cities and fortresses and killing dedicates, Ahtan seeks to draw out the Earth King from his seat of power, to crush him. But as they weaken each other’s forces in battle, the armies of an ancient and implacable inhuman enemy issue forth from the very bowels of the Earth.

The Awakening By Nora Roberts

In the realm of Talamh, a teenage warrior named Keegan emerges from a lake holding a sword—representing both power and the terrifying responsibility to protect the Fey. In another realm known as Philadelphia, a young woman has just discovered she possesses a treasure of her own…

When Breen Kelly was a girl, her father would tell her stories of magical places. Now she’s an anxious twentysomething mired in student debt and working a job she hates. But one day she stumbles upon a shocking discovery: her mother has been hiding an investment account in her name. It has been funded by her long-lost father—and it’s worth nearly four million dollars.

This newfound fortune would be life-changing for anyone. But little does Breen know that when she uses some of the money to journey to Ireland, it will unlock mysteries she couldn’t have imagined. Here, she will begin to understand why she kept seeing that silver-haired, elusive man, why she imagined his voice in her head saying Come home, Breen Siobhan. It’s time you came home. Why she dreamed of dragons. And where her true destiny lies—through a portal in Galway that takes her to a land of faeries and mermaids, to a man named Keegan, and to the courage in her own heart that will guide her through a powerful, dangerous destiny…

Every Heart a Doorway By Seanan McGuire

Children have always disappeared under the right conditions; slipping through the shadows under a bed or at the back of a wardrobe, tumbling down rabbit holes and into old wells, and emerging somewhere… else.

But magical lands have little need for used-up miracle children.

Nancy tumbled once, but now she’s back. The things she’s experienced… they change a person. The children under Miss West’s care understand all too well. And each of them is seeking a way back to their own fantasy world.

But Nancy’s arrival marks a change at the Home. There’s a darkness just around each corner, and when tragedy strikes, it’s up to Nancy and her new-found schoolmates to get to the heart of the matter.

No matter the cost.

Spring cleaning time everyone! Let us get some of those lines crossed off those lists.

Feel free to join me in my own book club in discord! It is a place where we can all just talk about the latest books we are reading, authors can share what they are writing, and everyone can chat about our book we’ve all voted on reading for that month. I slacked a little bit this past month when it came to getting the vote up before the 1st of the month. SO, we are actually working on voting for the next month’s book right now! I’ll put up a post shortly with the books we are voting between. But if you want to check it out before that post, come on over a join the book club!

Click the button to join us with the read!