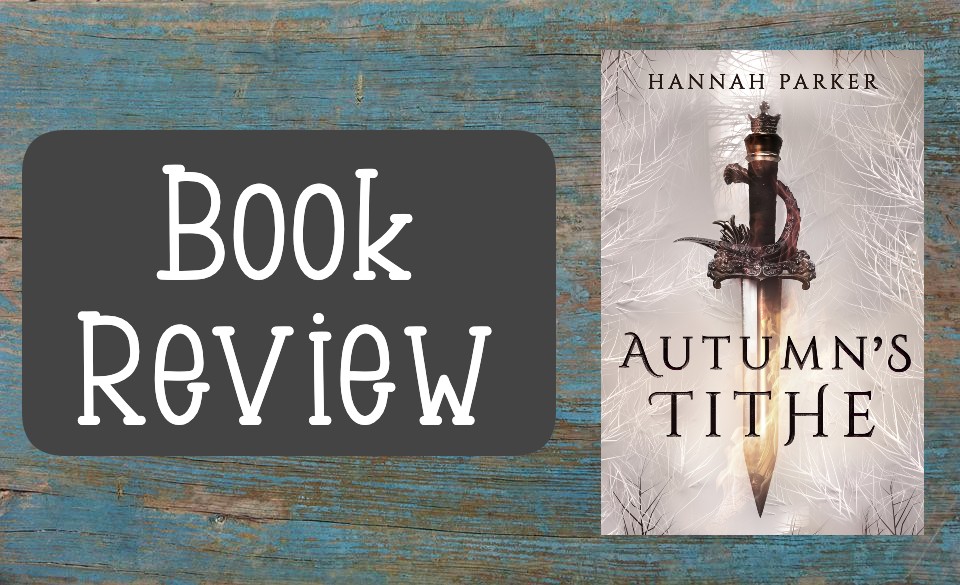 “Well, this will be a death written about in songs. Girl throws a knife at a monster and it rutting bounces off.”

Every girl in Ballamor dreams of being chosen by the fey. For some, because the fey promise to deliver them to the beautiful faery realm. For Larken, because her closest friend was chosen the previous year. She tries to accept her fate—until she discovers that her friend is in danger and the promise of eternal joy amongst the fey could be a lie.

Larken breaks the sacred covenant between humans and fey and enters the faery realm to find her friend. Her only ally is Finder, a faery prince of the Autumn Court who now owes her a debt after she unwittingly saves his life. Their bond is both the key to her survival… and possibly her downfall.

Underneath the glittering façade of the faery realm seethes a shadowy pact writ in blood, betrayal, and lust for power at any cost. A tithe must be paid by each of the courts of Airodion. Both Finder and Larken’s people face retribution if the tithe goes unpaid, and their bond could destroy the foundation of the courts—and the human world—forever.

Not going to lie, this was a good book. I wouldn’t give it higher marks than it just being good though. I’m glad I read it. But some of Parker’s writing choices when it came to some of the conflict resolutions fell a bit flat for me. After conflicts we should see a little more of character development or some sort of awareness sparking after something big happens to the main group of people. There is very little gained from the challenges these characters face. That being said, I did like the direction this story was and does take. There seems to be a set up for us to be expecting a typical trope to run throughout the story; however, Parker manages to throw in a twist to this plan and I was quite surprised by it. The trip to get to the twist though was rough.. A few moments of doubling back on growth for some individuals. Their courts and kingdoms, essentially the whole world, has no development at all. There were pages of internal monologues that just didn’t need to be mostly because they were just a repeat from earlier thoughts. No emotional attachment to any character for any length of time.

The plot was brilliant. But the execution was off. Although, the classic cliff-hanger to pull people back into the second book was a smart thing to do.

So I’m going to harp a little on Larken in this little section. I will refrain from spoiling anything for you guys!

Firstly, I’m not sure if I totally buy the reasoning behind Larken’s pull towards seeing a friend. I understand the need to settle things with a friend when parting on bad terms. There’s nothing like that guilt eating at you. However, this drive seems a bit odd to push her into this mysterious and dangerous world. Can’t she just be a curious individual who has had a friend taken in the Chosen Ceremony? Then use that curiosity to propel her into the fae realm? I think the only thing that would really change is the hate she has towards the fae.

Okay, secondly, I was totally bummed that we don’t get to see more of her cartography abilities! Sorry if that spoils some for you all, but just being honest. I feel like it was an ability and a favorite hobby of hers. She hardly uses it though. I would count two times she genuinely uses this talent, which is far too little in my opinion considering how much it means to her. Out of all of this though, I do appreciate how simple Larken is. She isn’t overly grand in anything. Has very modest looks and family background too. Larken is just exploring and traveling through this magical land with these Fae warriors just as she is. I really liked that aspect from this story.

Parker throws a lot of information and story plot at us in this first book. This first book could easily be drawn out into at least two books. There were so many challenges and obstacles the main characters faced in this book. If there was a little more interactions shown as Larken and the Fae traveled, and perhaps had a few of the conflict points drawn out a few more and bam! two books right there easily! A little more time in the world would have allowed the characters to have more growth than what is there. Plus, I would have loved to learn more about the fae guys that are a part of the group! I think out of group, Madden is my favorite! My heart goes out the the guy and all that he has been through! I guess the best way to put it is the story felt very one dimensional and barely built up. Which I found very odd as a first book in a series. Book one is the development of the world and an introduction into all of the people and events occurring. It should have the most details for a series.

As a side note: just a little tid bit thought for those who also love Sarah Maas, Spring court fey still = assholes.